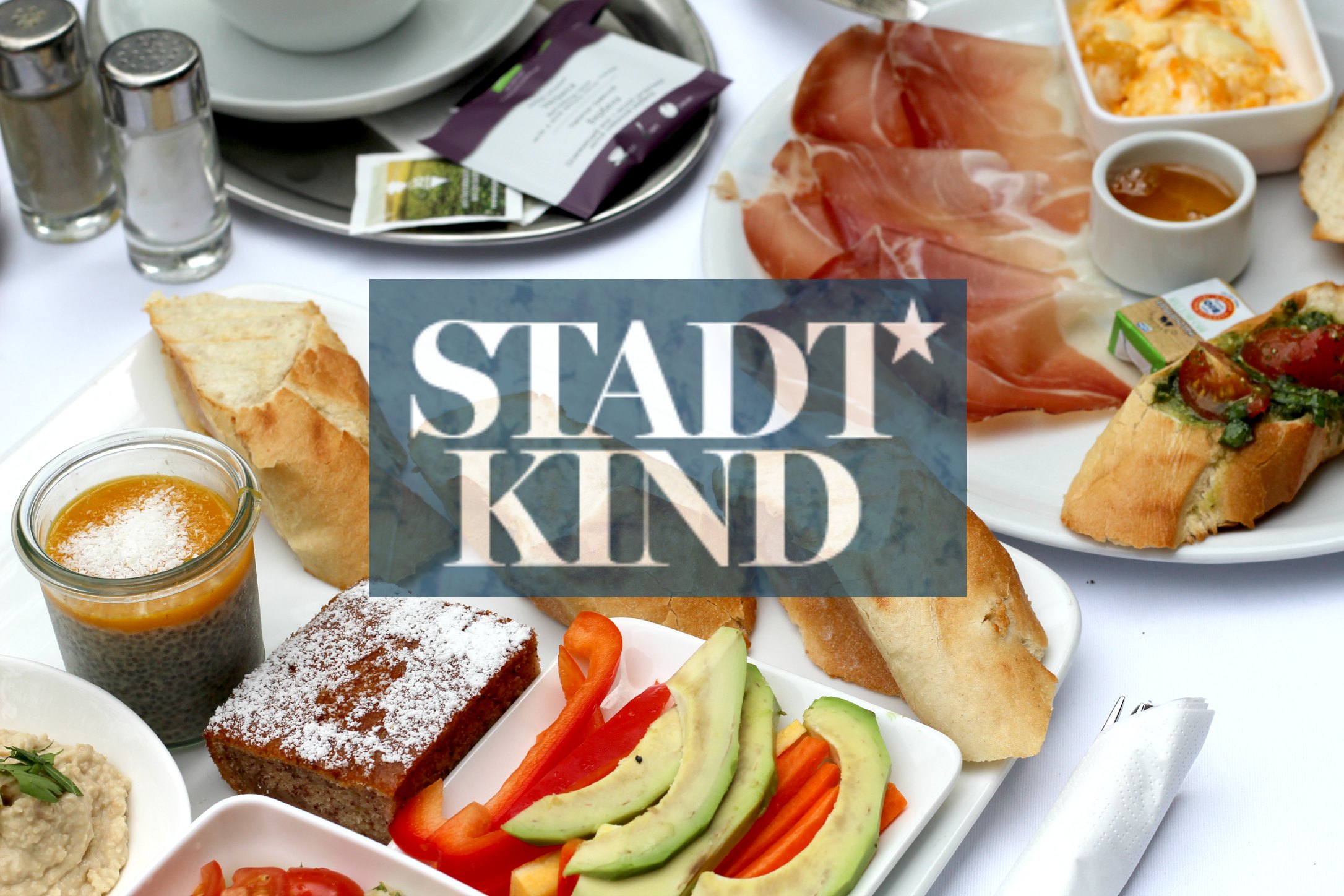 Before I started studying communication sciences and journalism, I studied English for one year and in that year I met one of the sweetest girls ever. We still hang out regularly. This week we decided to go into the city to have some breakfast.Not too long ago I came across Stadtkind Café, Bar and Restaurant, they have breakfast all day long (awesome!) and they just added a vegan breakfast to their menu.
One of the most famous bloggers from Austria actually collaborated with the Café to create this vegan oriental breakfast.

First of all let’s talk about Stadtkind’s amazing location. It’s literally in the heart of Vienna’s university district. Both Unis I usually have to go to are less than five minutes away. In the summer you can sit outside and soak up some sun while you enjoy your food. The waiters are really nice and the food arrived super fast. 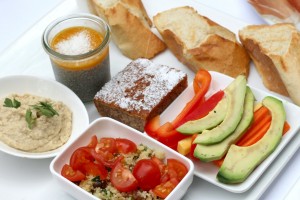 I obviously ordered the vegan breakfast (VEGAN – ORIENTAL by dariadaria) but my friend had one of the “normal” breakfasts (FRÜHSTÜCK – LEVANTE) and said it was really good. So if you’re vegan and you’re looking for a place to go with your friends (who are maybe not vegan or even vegetarian) this is the place, there’s something for everybody.

Now let’s get into the breakfast. I chose coffee (CAFFE LATTE) with soy milk instead of tea. As I said before the breakfast arrived really fast. It’s made up of toasted bread, hummus and veggies, avocado, tabouleh with fresh herbs, banana bread and chia pudding with mango mousse. 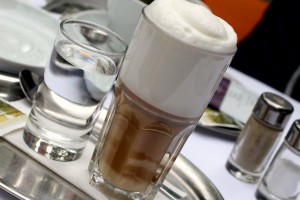 When you first read what’s in the breakfast it might seem a bit pricey (11,80 €) but once you get it you’ll understand that the price is actually quite okay (especially for the location). I almost couldn’t finish everything because it was so much food.

Before this breakfast I’d never had tabouleh and I gotta say I’m pleasantly surprised, it was very delicious (if you don’t like raisins though it’s probably not the dish for you).

The veggies were fresh and the hummus was super tasty. The bread was good, I mean any toasted bread is good, right? I’m not the biggest fan of banana bread, just because I don’t like bananas in baked goods, but it wasn’t too bad, just a bit dry. The chia pudding though was amazing, I mean chia itself doesn’t really taste like much but the mango mousse was extremely yummy.

All in all I can say that I enjoyed the breakfast very much and I definitely recommend it to anyone, vegan or not.