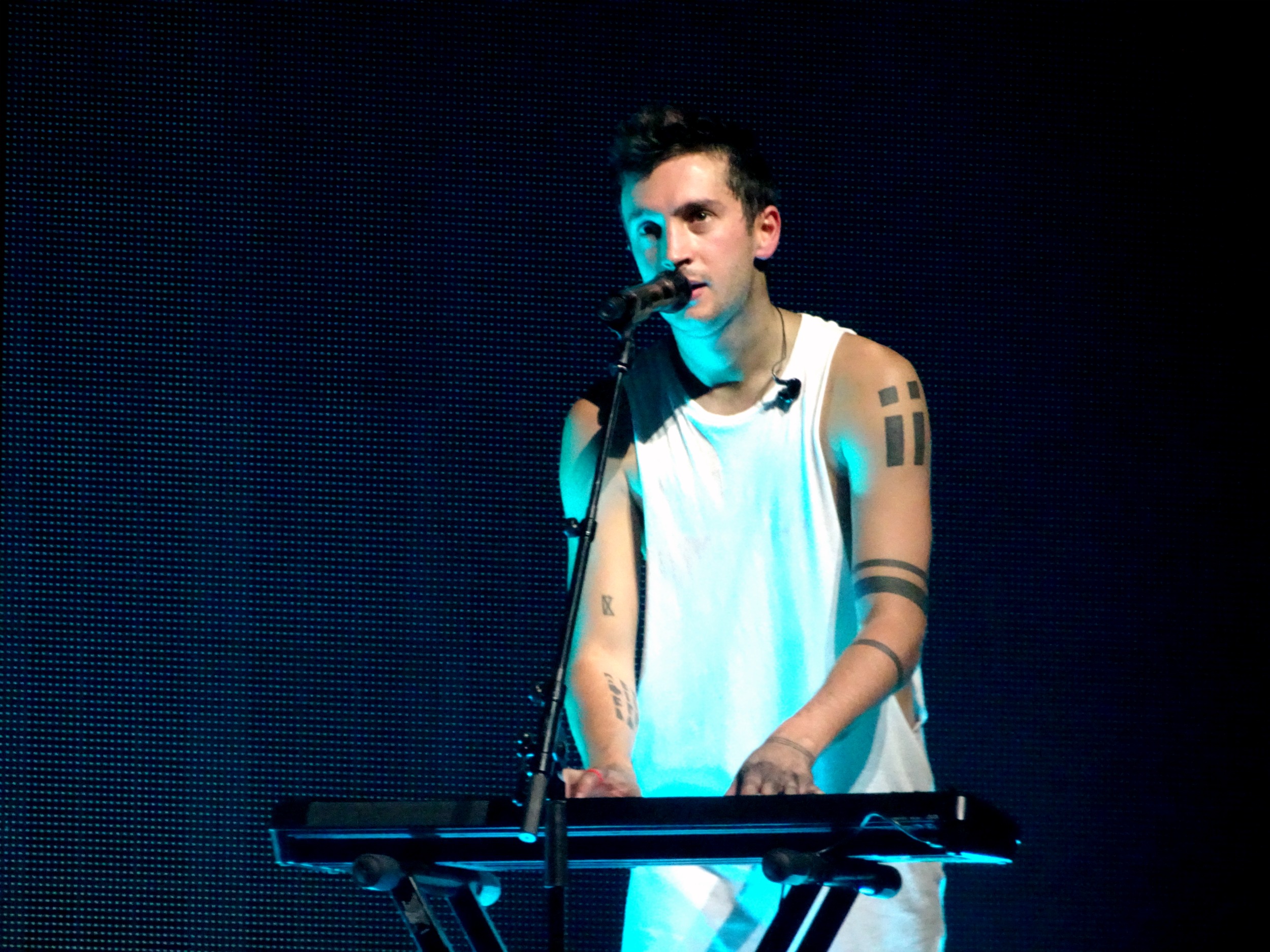 On November 5th 2016 one of the most hyped bands of the year played a show in Vienna. Since their number one hit Stressed Out everyone knows Twenty Øne Piløts and that is probably also the reason they sold out one of the biggest venues in Austria. 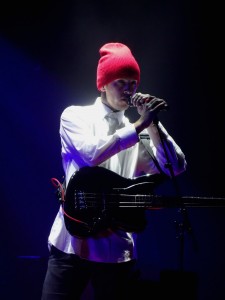 When my dad dropped me off at Stadthalle I couldn’t believe my eyes, there were so many people! And they were lining up as if we were in the UK, two perfect (super long) lines.
I’m gonna be 100% honest with you, I didn’t line up, I just waited close to the entrance until the doors opened. Because as soon as the doors open no one will actually stay in a perfect line and you can just slip in.
Inside the venue the first thing I did was check if I was able to get into the Front Of Stage area, which I did. They handed out purple wristbands for everyone that wanted to enter, so that was awesome. As soon as I had my wristband I went outside again, left my jacket at the coat check, went to the bathroom and got some food.
In the end I had a pretty good spot left of the stage, mostly short people in front of me and not too many people around me. It seemed only few people knew about that Front Of Stage thing. 😀 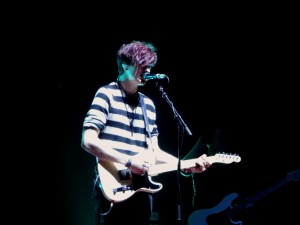 Now let’s talk about the actual show. The support act was very good, his name was Bry. He’s a young singer from Ireland and his music is very chill, kinda indie and super catchy. His voice is beautiful and he definitely knows how to carry an audience. He talked a lot, said some personal stuff, was funny and cute and knew some phrases in German. So the vibe was already amazing during his set.
Not too long after he finished Twenty Øne Piløts hit the stage. 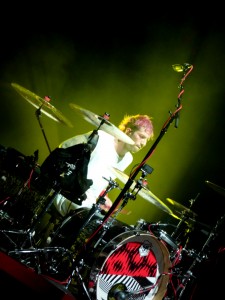 Where do I even begin? There are so many things I need to say about their show.
First of all, their sound was great, especially the instruments. In the beginning the vocals were a bit quiet and hard to understand, but I feel like that got better after a few songs.
The stage design was beautiful, very minimalist with lots of lights and screens in the back. There was also a second smaller stage in the back which I couldn’t see from my spot.

Alright, now the actual show. My friends, it was awesome! So, so, soooo freaking awesome. Even though it was only the two of them on stage they filled the whole venue with their energy.
Both of them tried to move around as much as possible, mostly Tyler, but even Josh managed to get closer to the audience. There was this big board with a small drum set on it that they put on top of the audience a few times. I’ve never seen anything like that.
Tyler was all over the place, from the stage, to the first row, to the gallery, to the back of the room and once he even slipped into a big red ball and ran over all the people (I have a short video of it on my instagram account if you wanna check it out).
I feel like they tried very hard to have a connection with the audience, to give their fans a night they would never forget. 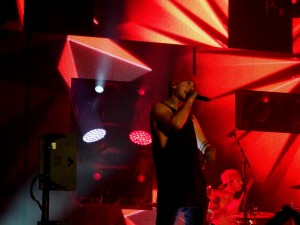 They played many songs from their newest album Blurryface, a lot from Vessel and when they moved to the smaller stage in the back they mostly played tracks from their first album.

I enjoyed the concert a lot more than I expected, because concerts this big are usually not my thing, I like small venues a lot better than those huge arenas. Even though this was one of the biggest show they’ve ever played they still managed to connect to the audience, play amazing music and entertain every last person in the room (even the dads). 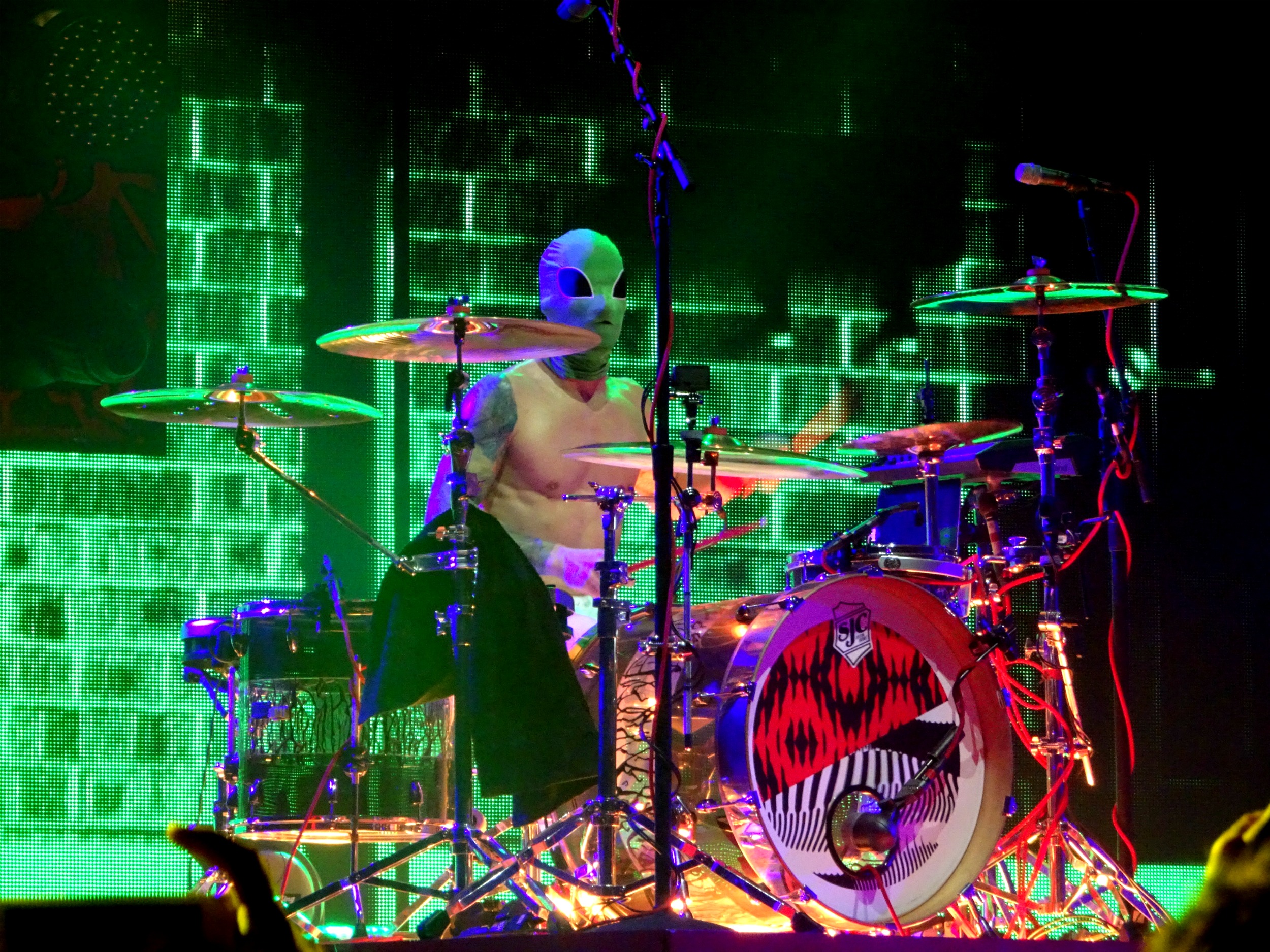 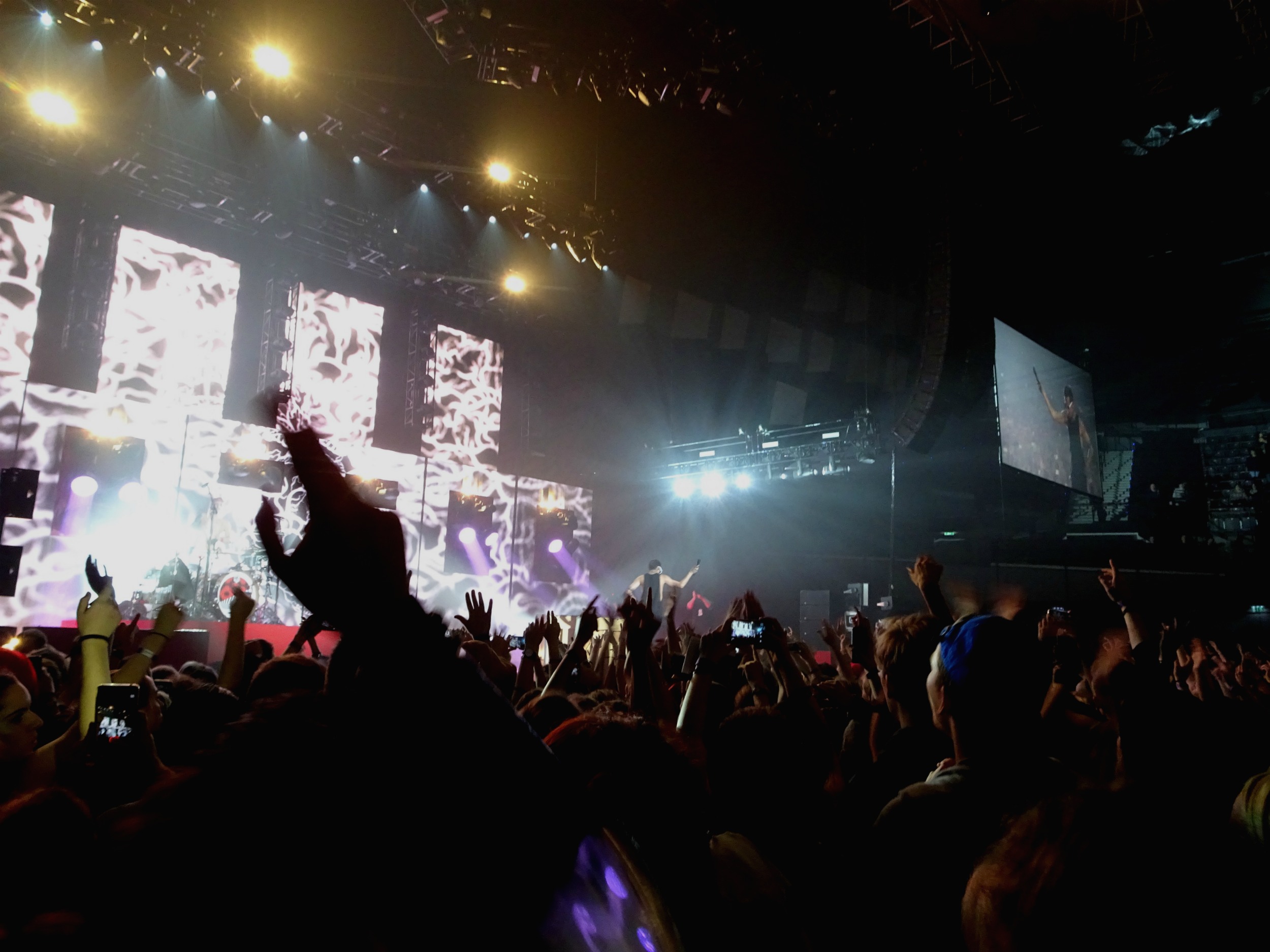