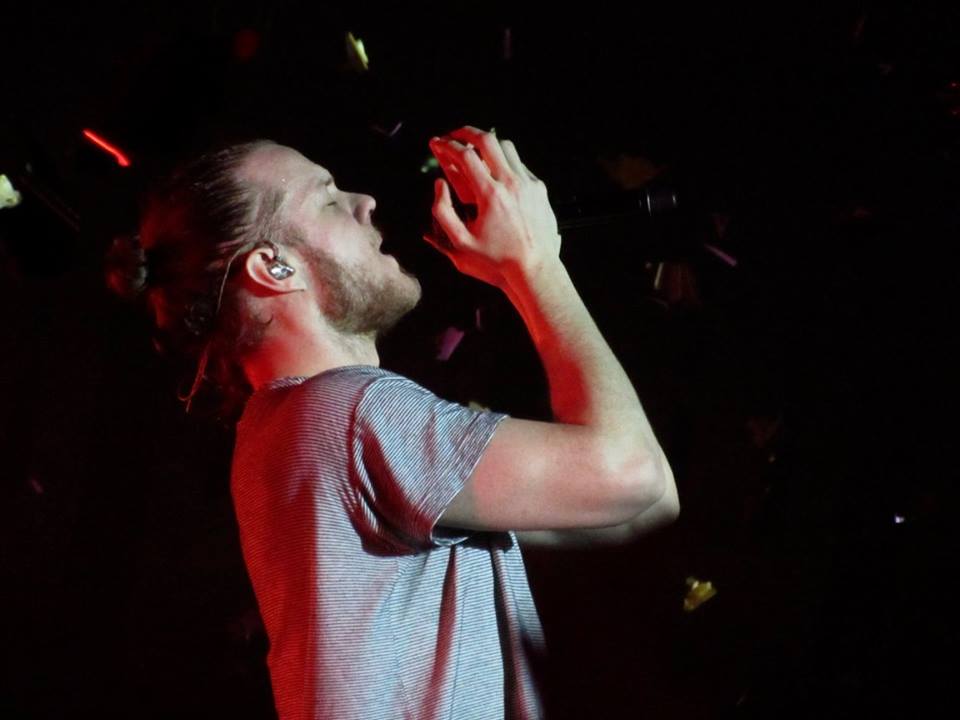 Imagine dragons, just imagine them, imagine them flying around and blowing fire through their noses and stuff. Wait, what, you didn’t want to hear about those vicious, mythical creatures? Alright, I guess I could also tell you something about the band Imagine Dragons. 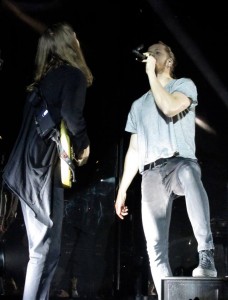 I have been a fan of Imagine Dragons ever since Radioactive came out, which was like three years ago. I first saw them live at the Frequency Festival (which is an awesome festival btw) and they blew my mind. Back then I didn’t really have high expectations because I thought they were just another One-Hit Wonder, but oh my freaking god these men from Sin City know how to entertain people!
I had listened to their album Night Visions before going to the festival so it was quite nice to know the lyrics to more songs than just Radioactive and Amsterdam. If you have not yet listened to their first album I’d strongly advise you to do so right now! I’m serious, buy it on iTunes or do some illegal downloading, I don’t care, but listen to it! And while you’re at it check out their new album Smoke + Mirrors, it’s different than Night Visions but in a very good way, I especially love the bonus tracks (Thief, The Unknown, Second Chances, Release, Warriors).

Even though Smoke + Mirrors already came out February 2015 the band came to Austria (and some other European cities) January 2016. They were originally set to stop by Linz, which is Upper Austria’s capital but for some reason this show was cancelled in November and moved to Vienna (Austria’s capital). 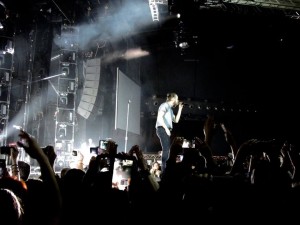 I really didn’t mind the change of venue because for me that meant I didn’t have to drive two hours to Linz and then back in the middle of the night.
The concert was on the 18th of January 2016 at Gasometer Vienna. The venue is ok, not the absolute best, but quite nice because it’s not that big. Even if I arrive super late (like after the support act finished) I can usually get a good spot. Also, I’m short and in this venue I always find a spot where I can actually see the artist.

I have Uni on Mondays so I came straight from a lecture (I even cut a lecture but shhhh don’t tell my parents) which meant I would be at the venue before the doors opened and you know what that means: WAITING IN LINE. Or does it? In my case it usually means finding a nearby restaurant or café to have a bite to eat or some coffee and walking back to the venue five minutes before the doors open. You know when people queue up all orderly hours before the show but as soon as the doors open they become savage and just run for the start of the line? Well I try to get to the line in that exact moment and just follow some group to the front, this tactic usually gets me a more or less good spot at the show.
I did pretty much the same thing on Monday and ended up on the left side of the stage in row 5 or 6.

The support act was a band called Sunset Sons, they played for about half an hour and they did a very good job at warming up the audience (a lot of clapping, catchy lyrics, etc).
Musically they reminded me of Kings of Leon mixed with James Hersey. All in all a very nice support act.

About 30 minutes after Sunset Sons finished their set Imagine Dragons took the stage. They started their set off with Shots, which was a very good choice because it got everyone in the audience excited, they then continued with Trouble and It’s Time (one of my all-time faves).

Later Dan walked to the front of the stage and held a short but extremely important speech. He talked about what happened in Paris (Bataclan) and mentioned many other cities and places that were the target of terrorism. But he made it 100% clear that he is not afraid, that we shouldn’t be either and that music will never be taken from us. He then started singing Forever Young and in this special moment my arms were covered in goosebumps and I was singing the lyrics to a song that was released 11 years before I was even born. Kudos to Imagine Dragons for bringing attention to this subject in such an exceptional way.

The rest of the show was a blur of colors, mirrors, lyrics that I know oh too well and brilliant music.

Unfortunately they didn’t play my favorite song from the new album which is Friction and they only played a medley that included Bleeding Out but not the full version.
I also felt like it was kind of short, I mean if me and my friend timed it correctly it wasn’t even 90 minutes.
Other than that it was an amazing concert from an even more amazing band.