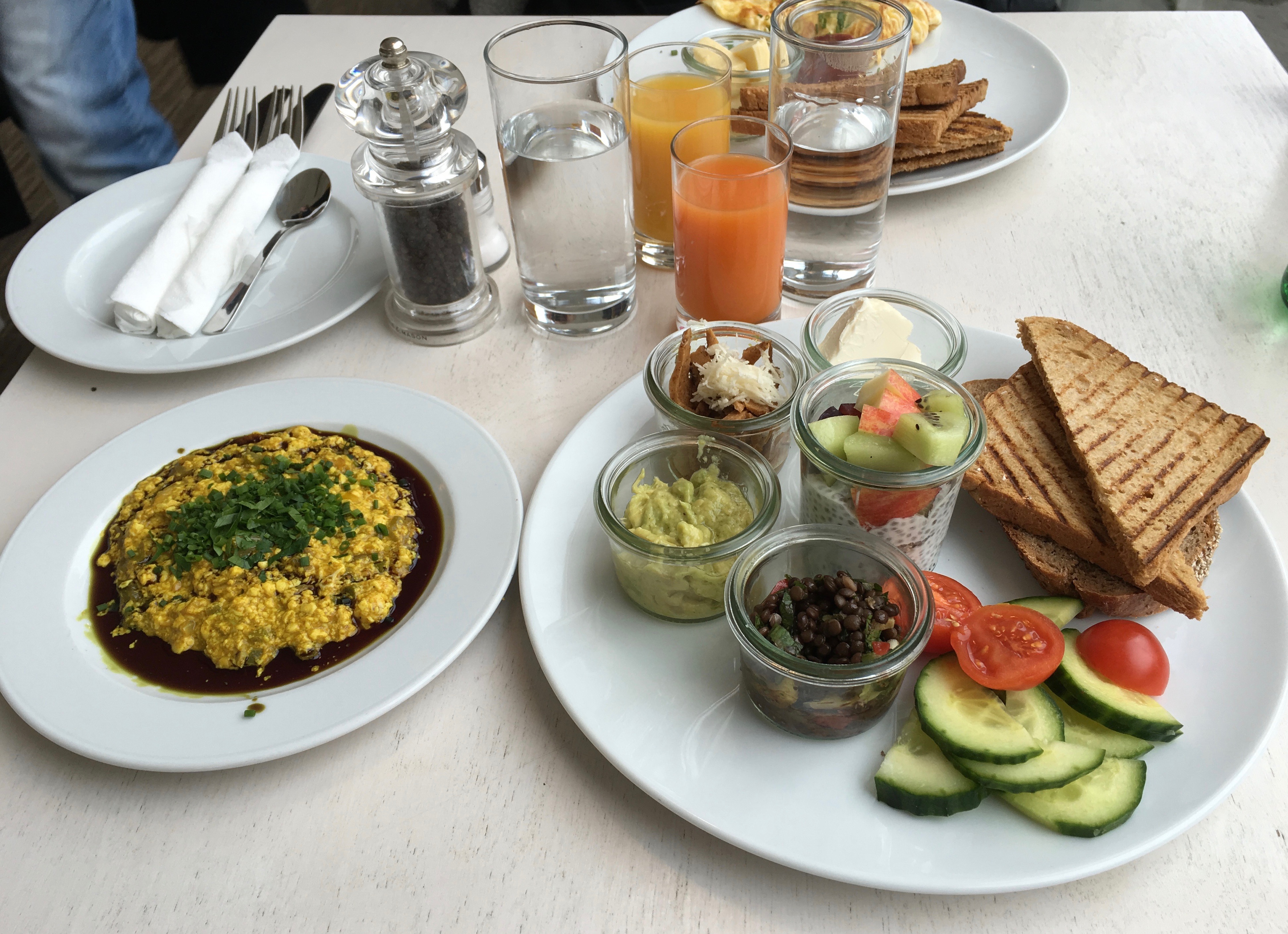 Ever since I became vegan I started paying much closer attention to where I would go to eat. I wanted to make sure that the food I get is of high quality and that I support restaurants that have tasty vegan meals on their menu. 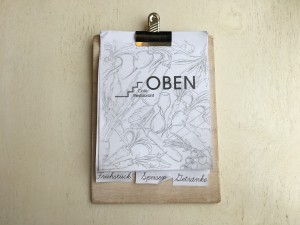 The first restaurant I found when I started looking into eating breakfast in Vienna was Oben at Urban-Loritz-Platz. It’s basically on top of Vienna’s main library and if the weather is nice you have an amazing view over the city. This restaurant won me over because it not only offers many vegan and vegetarian meals, but it also offers other food for people who eat “everything”.That was actually an important point for me because I don’t just wanna force other people to go to vegan restaurants with me, I always try to find restaurants that serve both, vegan and non-vegan stuff.

I’ve been going to Oben for about a year now, obviously not every week but every once in a while. What I like very much about this restaurant is that they change up their menu from time to time so even if there’s only one vegan breakfast you won’t get tired of it because it’s always slightly different. Over the last year I ate about five different vegan breakfasts there. Today I wanna share with you what the most recent one looked and tasted like.

The breakfast cost 8,80€ which is an okay price considering that it left me full and that the ingredients are of high quality. 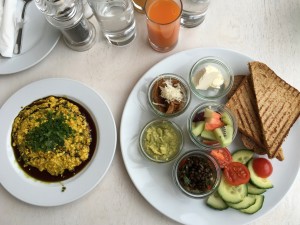 I quite liked this breakfast, it wasn’t the best of all the ones I ever had at Oben but all in all it was very good. 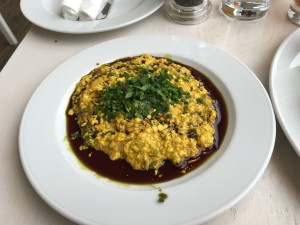 The guacamole and the black-lentils were a bit salty and spicy but the fresh veggies balanced it out. I absolutely loved the marinated seitan, I couldn’t eat all the horseradish (way too hot!) but I really liked how it harmonized with the seitan and the pumpkinseed oil.

I think the chia seed pudding could have used a bit more sugar but I guess that’s just the sugar-junkie in me speaking. 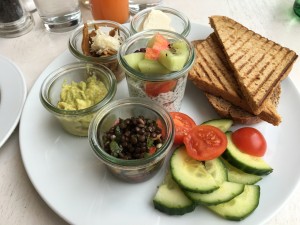 So if you’re vegan or vegetarian or just looking for a nice breakfast in Vienna definitely check out Oben.